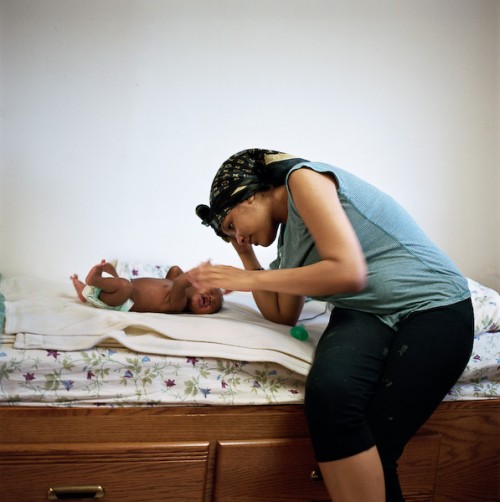 Amanda van Scoyoc graduated from University of Pennsylvania in 2005 with a B.A. in psychology and a minor in fine arts. For the last six years, she has worked on a variety of documentary projects, including a series of photographs, interviews, and writing about the impact that adopting nine-year-old Russian twin sisters has had on her family as well as on their own adjustment and development. Over the last year, she has volunteered as a photographer with two nonprofits in Guatemala and Honduras. Most recently, she has been working as an art teacher at a Boy’s Club of America, where she has incorporated journaling into her teaching.

“I have always been interested in particular groups of ‘at-risk youth’ and am very interested in working with kids who are growing up in situations different from their peers, for example, kids who act as a caretaker, older adopted kids, kids growing up with grandparents or in foster care, or kids growing up with a handicap,” she says. “I have found that a lot of them feel that the problems they encounter on a daily basis are unique. Documentary work could help them feel more connected to other kids who are growing up in similar situations.”

For her fellowship, Amanda worked with Roca, which employs almost one hundred full- and part-time employees, runs five large youth programs, and serves almost one thousand youth in the northern Boston region.