Spring. Brighter light and longer days are here. The rigorously contemplative winter is making way for an active and fruitful vernal season.

I am very pleased to report that the documentary photography class that I taught at The Eliot School in collaboration with UFORGE Gallery was a great success. The four-week class took place in Jamaica Plain on Tuesday evenings. During those meetings, our class looked over a great deal of work by documentary photographers ranging from Jacob Riis and Lewis Hine to Mary Ellen Mark and Darcy Padilla. After studying images in the documentary canon we turned our attention to the students’ own work and practice. They shared images from their projects and we discussed issues technical, ethical, and practical. I am also happy to relate that each of the wonderful students who participated have at least one photograph (and in some cases more) from projects started in our class hanging on the wall at UFORGE Gallery through the end of April.  It was very rewarding to collaborate with the local community arts scene and share what I could with folks interested in making this kind of work.

On a related note, the class Evidence with Bill Burke at the School of the Museum of Fine Arts recently concluded. It was a great privilege to participate in that course and to have the guidance and encouragement of an artist whose work I admire so much. The time in Burke’s class introduced me to many photographers, historical and contemporary, with whom I was previously unfamiliar. I feel that a great gap has been filled in my own photo education. Burke’s portraits, like the one below, were made using Type 55 Polaroid film in a 4×5 camera. This method allowed Burke to photograph strangers and instantly connect with them in a deeper way than other formats might have allowed at the time. He was able to share the positive print with his subject and get an immediate reaction, begin a more involved conversation. 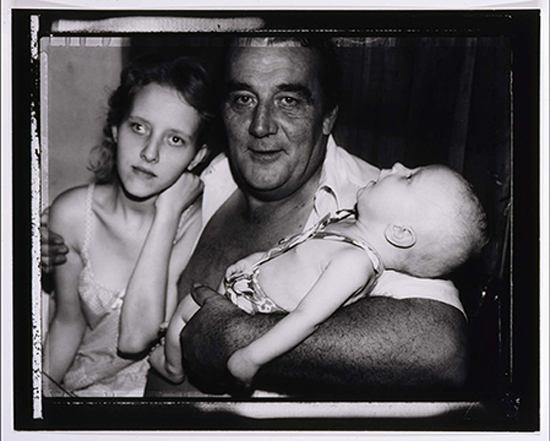 I was intrigued with this method of photographing and considered ways that I might achieve similar results. I acquired a 4×5 camera and began experimenting with instant film. Alas, the positive/negative peel-apart Polaroid Type 55 is long gone. Fuji produces an instant ISO 3000 black and white film that produces a positive image, as well as a negative-like paper-backed image that is only usable if scanned and digitally manipulated. The high speed of this film, coupled with the relatively slow shutter speeds of my antique Crown Graphic, present interesting challenges for me as someone who is used to the flexibility of relatively fast electronic shutters and low ISO numbers. The entire endeavor forces me to slow down, be more deliberate, think. As well as the rewards of this process—my pace, film’s inherent aesthetic qualities, instant visual gratification, an image to share with potential subjects, a tangible print instead of zeros and ones on a memory card—I am also interested in the idea of having to digitally manipulate the “negative” that this film produces in order to make more prints. These digitally mediated analog pictures somehow seem appropriate for me, being of this time—born digital—and with my feet straddling both of these worlds. 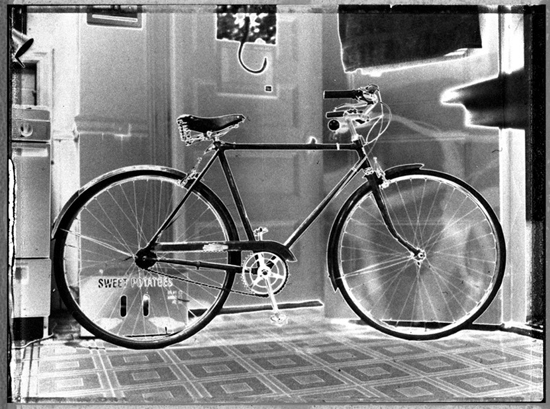 “A different way of seeing.” Photo by Chris Fowler

I have recently acquired a refurbished photo printer and am now able to make prints to share with folks in the community. This has been an important tool in building trust and strengthening relationships. Recently I find myself printing lots of portraits from a series in the Dudley Greenhouse. One afternoon a week, with the help of Danielle Andrews and Jennie Msall, we invite folks from the community into the part of the greenhouse where the tomatoes are growing to have their portraits made, like the one below. 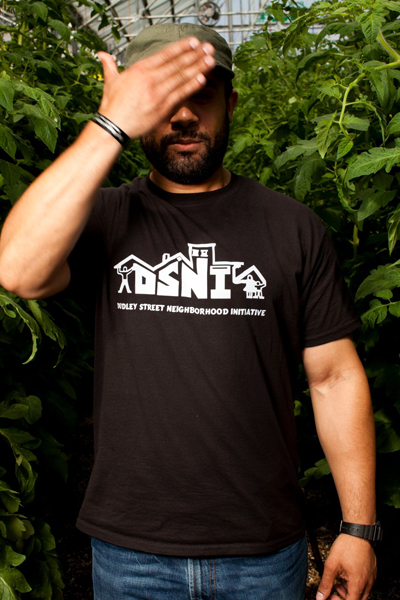 As programming and produce ramp up at The Food Project I will be increasingly busy with them. Just a few weeks ago we installed a seventy-two inch tall sign featuring my photographs on the side of the Dudley Greenhouse. I look forward to getting to know the youth who are coming on board for the Summer Youth Program and learning their stories. I also look forward to cataloging, formally and photographically, the things that TFP produces (which I think I mentioned in a previous letter). I am also, selfishly, very excited to spend some time out on the farm and in the sunshine.