I’m dedicated to developing intimate stories about intersections of culture, history, and geography that create marginalized communities. This has led to Love From Manenberg, a long-form documentary piece shot in a suburb of Cape Town, South Africa; a project about the Cherokee Reservation in Western North Carolina; and most recently, a series documenting court-involved youth in New York City.

There are few, if any, places more geographically marginalizing than a prison cell. Although not all of the young men and women I’m currently documenting have spent time in prison, they are all students of exalt, an organization that elevates expectations of personal success for youth involved in the criminal justice system. exalt is a city-wide organization, yet consistent with patterns of arrest rates, program participants come from NYC’s poorest zip codes, and many face challenges such as multi-generational poverty, foster care involvement, low education skills, incarcerated parent(s), racial marginalization, and living in households in which they are often caregivers for siblings and sick relatives.

As a Lewis Hine Fellow collaborating with exalt, I recently had the opportunity to develop the curriculum for an exalt alumni workshop. The five-day course was designed to teach the students the fundamentals of documentary thought and to guide them in creating their own documentary piece. The work they produced was based on a “crossroads” they had experienced; each student focused on a story of overcoming adversity and finding the strength to make their life better. 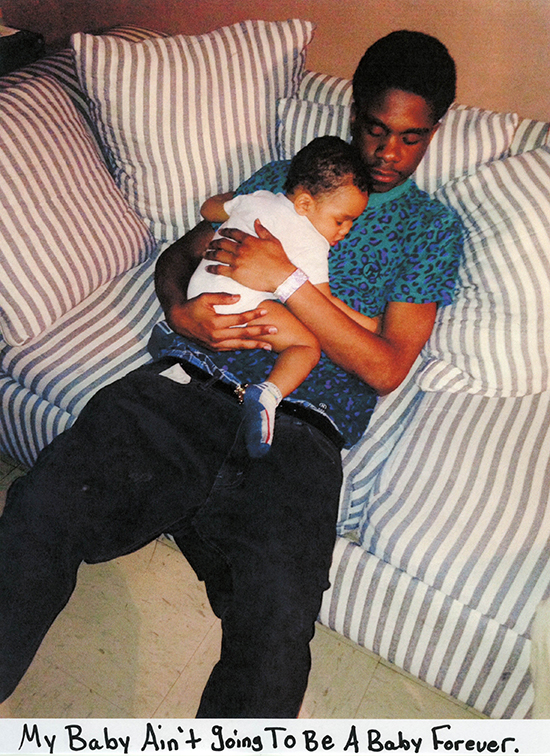 On the last day of the workshop the six students presented their projects to the exalt staff and to other current students. It takes courage to share personal stories with others, particularly as a teenager, and especially when the story makes one vulnerable. Brandon and Donnell shared how exalt helped put distance between themselves and street gangs, Jamal talked about the decision to be a devoted father when at 15 years-old he found out his girlfriend was pregnant, Nicole examined her transition from only child to older sister at 18 years-old, and Melanie shared her story of transforming from a man to a woman. At the end of the presentations everyone in the room knew each other a little better.

Sharing stories helps us connect and relate to one another, which are the first steps toward empathy. If there’s one thing I hope my students and the viewers of their work carry with them, it’s the meaning of the word “empathy,” and the extraordinary feeling of connecting with and relating to somebody that you never thought you would.