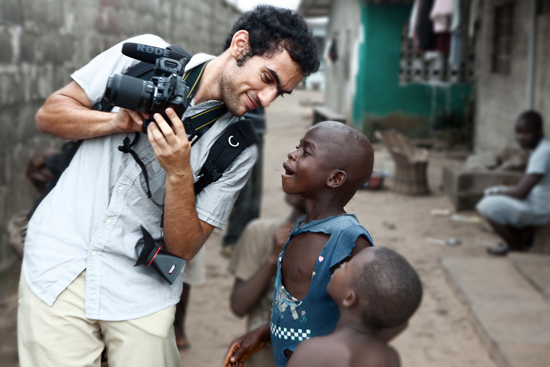 Cameron Zohoori graduated from Duke University with a B.S. in Neuroscience, having taken several film and photography courses at the Center for Documentary Studies as a Robertson Scholar at Duke and the University of North Carolina at Chapel Hill. Through CDS, Cameron worked on multimedia projects in the Durham area, including a photo/audio piece for a public elementary school and video pieces for state and local organizing groups on the topic of North Carolina’s foreclosure crisis. In 2009, he worked with the Thousand Kites organization at the Appalshop media collective in Whitesburg, KY, using radio broadcasts as a tool to reconnect Kentucky prisoners with their families.

In 2010, Cameron worked in Sierra Leone, West Africa, doing rural community development work. He returned to neighboring Liberia in 2011 as a media trainer with the Together Liberia project, which helps journalists and media professionals tell the stories of their country using digital storytelling tools. Offering his services to local NGOs, he produced documentary pieces for literacy and youth agriculture organizations. Cameron also published a photo story for Al Jazeera English In Depth and collaboratively shot a feature-length documentary, both on musicians who have lived through Liberia’s civil war and are crafting new genres of music to carry their socially charged messages.

About being a Lewis Hine Documentary Fellow Cameron says, “The images we see every day, the stories we are told, directly shape how we think about our world. I hope to use documentary media to offer up new perspectives and provoke new ways of thinking about the issues facing people and communities. The Hine Fellowship is an amazing opportunity for me to continue learning and exploring these ideas by engaging with new communities and supporting the ongoing work of vital organizations.”