Jennifer Carpenter, a 2010-2011 Lewis Hine Fellow from the Center for Documentary Studies, spent 10 months working with the Boston Chinatown Neighborhood Center (BCNC) in Boston, Massachusetts. Inspired by the Literacy Through Photography

program, Jennifer conducted six workshops with children at BCNC to produce community alphabets. Each class produced a 26-photograph series corresponding to the 26 letters of the English alphabet. The goal of the Alphabet Project was to guide students toward a new appreciation of the power of photography as a catalyst from which to better understand their community. 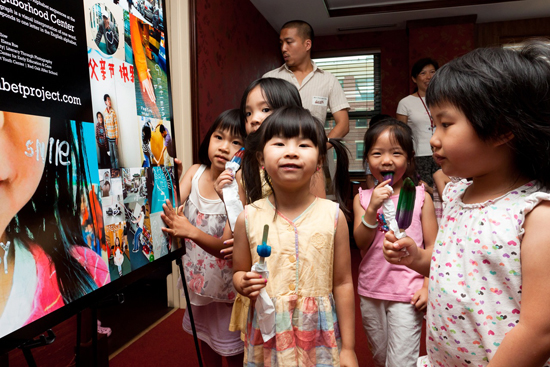 The Alphabet Project is on display at BCNC and can also be viewed online: http://chinatownalphabetproject.com/ 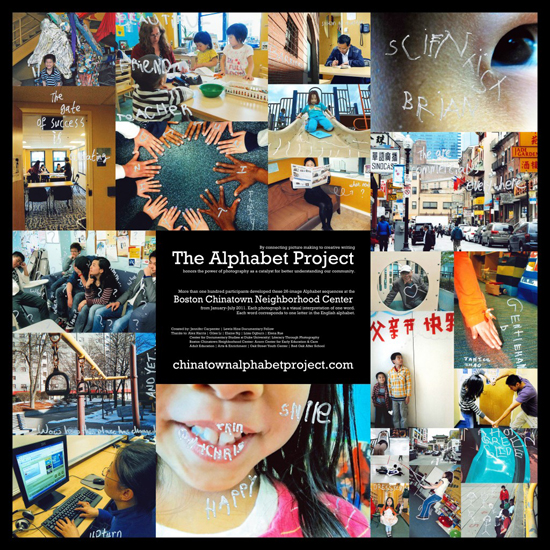