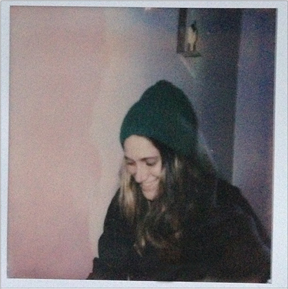 To be a photographer is to be in the world; at the heart of Amanda Berg’s practice is a simple desire to be with people in shared moments and to collect pictures that will remind us of something felt.

Amanda graduated from Duke University with an MFA in Experimental and Documentary Arts in 2014. Prior to that, she received a BFA in photojournalism from Rochester Institute of Technology. While at RIT, she began documenting the culture of female undergraduate drinking. In 2011, this project, Keg Stand Queens, was awarded the Alexia Foundation student grant, which lead to multiple publications and speaking engagements.

After graduating from RIT Amanda attended the Eddie Adams Workshop and moved to Fayetteville, North Carolina, where she interned as a full-time photojournalist at the local newspaper. This experience fueled her passion for community journalism that challenges social expectation. While there she was awarded first and second place in “Best Video” of 2012 by the North Carolina Press Association.

During her time at Duke, Amanda explored a range of stories through many mediums, attended the Radius Book Workshop, New York Times Portfolio Review, Flaherty Film Seminar, and worked as a teaching assistant to David Gatten and Alex Harris. This culminated in a thesis film and exhibit about women’s tackle football.

Amanda is grateful to be a 2014 Lewis Hine Documentary Fellow. She says, “There is so much to learn and share about images and people. This is an ideal opportunity to become a more socially aware storyteller, get to know a vibrant new community and work in the legacy of one of the great social observer photographers.”

Amanda is working with with South Bronx United. To see more of Amanda’s work, visit amandaberg.net.