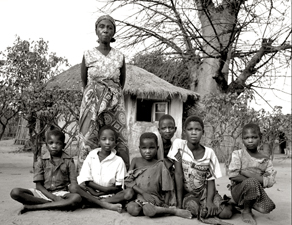 Noah Hendler worked as a 1996-97 Hart Fellow in Rwanda and Malawi with Save the Children-US. During his fellowship, he photographed child-headed households in Rwanda and the impact of AIDS in Malawi. He used his work to create advocacy materials that have been exhibited and published internationally. His work has hung in such locations as the World Bank, the Ronald Reagan Building, the Cannon Office Building, the State Department, the United Nations in New York and the French Cultural Center in Kigali, Rwanda.

Noah graduated from Duke in 1995. While at Duke, he photographed the internally displaced in Azerbaijan, victims of war in Southeast Asia, and the role of chaplains in health care. Noah earned his master’s degree in interactive telecommunications at New York University’s Tisch School of the Arts before joining the nonprofit startup, Direct Help, which harnesses technology to help nonprofits successfully communicate and fundraise online. Noah and his wife, Nancy, gave birth to their first child, Isaac, in 2003.