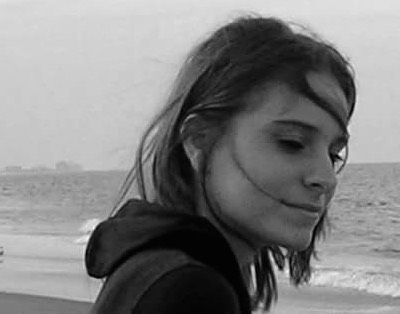 We photograph from who we are. Jenny Jacklin Stratton’s work springs largely from her migratory upbringing in the Naval Special Warfare community. Over the years her inclination to know more about her own family and surroundings has evolved into a means to engage deeply and share stories with others. Her work often involves long-form collaborations; collectively grappling with personal ethnographies and relationships between how we see and what we know.

Jenny earned a MFA in Experimental & Documentary Arts from Duke University and completed a U.S. Department of State FLAS fellowship in Arab Language and Middle Eastern Studies in 2014. With a background in earth science, she aims to better understand and amplify connections between individuals, communities, ecologies, geologic time and soil. Her thesis, American Soil explores environmental and national narratives of war and the difficulty in understanding transitions made by military and refugee communities. Most recently, American Soil will be on exhibit at the 2016 Terra Madre Salone del Gusto (Turin, Italy) and as part of the Farmers’ Union Women in Agriculture series. Another project, Survived By chronicles the daily details of loss, sense of place and resiliency of surviving spouses and their children. During her time at Duke, the form of these projects grew from from primarily making stop-motion animations and photographs to also include video, writing, sound, recipes, living plants, detritus and reactivating archival materials.

Jenny is grateful to be a 2016 Hine Documentary Fellow. She writes, “I am incredibly excited by the powerful legacy and premise of the Lewis Hine Fellowship to support humanitarian organizations by utilizing documentary arts as an effective tool for social research and reform. I see this as a meaningful opportunity to work closely with a community, to listen closely and to be fully present in that shared time.”

Jenny will be working with Children’s Aid and Family Services of New Jersey.

To see some of her recent projects, visit National Geographic and this Platte Forum feature.