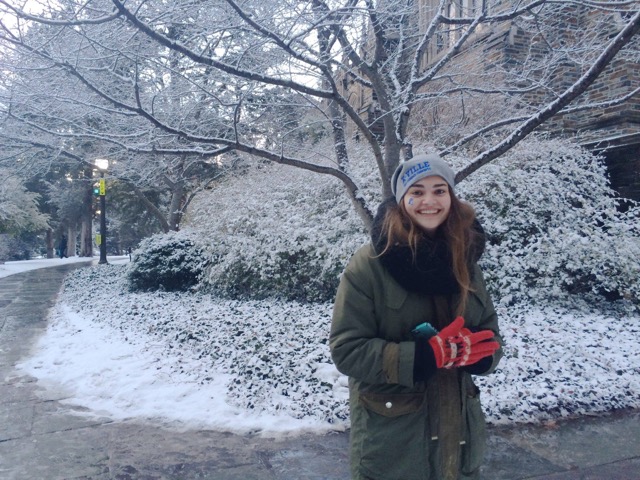 Lauren sees documentary arts as a catalyst for empathy. Diagnosed in 2009 with psoriatic
arthritis, a painful autoimmune disease, she turned to her art as an escape.  Instead she discovered a way to express her struggle, and people listened. Lauren’s journey through pain inspired her to turn her lens and soul outward – attempting to help others suffering find solace through the documentary process and inviting viewers to observe.

Emboldened by her goal, Lauren chose to continue her education at Duke University (AB 2015) largely because of its Center for Documentary Studies. There she found peers and professors who affirmed her passion and nurtured her talent. Though her technique and skill evolved, Lauren remained committed to a humanistic approach to her work. Lauren’s thesis and first major project, “Indelible,” is an art installation – utilizing still images, audio narratives, and video footage – that presents anonymous stories of individuals with scars and the manifestation of that pain on the human body. The piece was displayed in its original form as black and white photographs at Carnegie Hall and continued to garner acclaim at Duke University as an installation.

After graduating with highest distinction, Lauren utilized funding from a Benenson grant, the Louis Sudler Prize in the Arts, and a few other sources to travel to Peru to seek the roots of a story about a mother and her daughter who abandoned their lives and family in rural Peru to seek improved opportunities in the United States. On her return to the US, Lauren co-founded The Shared Divide, a pending non-profit that creates multimedia content as a narrative for social change. By specifically focusing on the historical narratives of underserved communities, The Shared Divide works to archive endangered historical stories in order to promote the education of future generations about the history of their communities.  Currently, she is working through The Shared Divide with members of the underrepresented Riverside community in South Hampton, New York, to archive its rich history, which traditional historical venues have repeatedly overlooked.

About the Lewis Hine Fellowship Lauren writes, “I am humbled and honored to be a Lewis Hine Fellow and to have the opportunity to collaborate with the Red Hook Community Justice Center. I look forward to being part of a community that is challenging existing structures of justice and creating a more equitable system to build upon. Working in such a uniquely creative and resilient community over the next year will challenge me and help me to grow both artistically and as a person. I look forward to developing documentary projects in collaboration with the Justice Center and residents of the community.”

Lauren will be working with the Red Hook Community Justice Center. To see more of her recent work, visit her website.